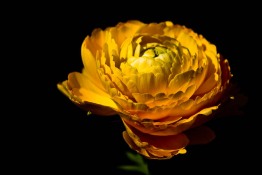 Abū Ḥanīfa Nuʽman b. Thabit (80-150AH/703-767CE) is considered by many to have been the greatest scholar of the Ahl al-Raʽy. Presently, his school is also the predominant school of Sunni law with nearly half of all Muslims associating with it. However, the Imam has not escaped fierce criticisms alleged against him based upon misperceptions concerning the city of Kūfa; particularly the belief that hadiths were severely limited to people so far removed from Medina. However, recent scholarship has shown just how important and active the study of hadith was in Kūfa. In fact, a study of classical sources (conducted by Wael B. Hallaq) revealed a source detailing Kūfa as the largest base of hadith specialists (living between 80-120AH/699-737CE), followed by Basra, then Medina, Syria, Mecca, and Egypt.[1]

If we are to take this source to be accurate, and not reflecting any bias towards one city or another, than this evidence not only dispels the misperception that Kūfa had very limited access to hadith but also asserts that it was even a leader in the hadith sciences. Which, given the fact that Kūfa was being threatened by heretical groups and false narrations (possibly more than any other city), it was even more important for Sunni scholars there to become proficient masters in the hadith sciences.[2] This can even be seen in the most prominent of Abū Ḥanīfa’s students (discussed in following articles, God-willing).

Though the Sunni scholars were well-versed in hadith, Kūfa became heavily identified with its legal specialists. Interestingly, Hallaq’s study also revealed that out of some 84 chief legal specialists (also living between 80-120AH), Kūfa housed almost as many as Medina with Basra (Kūfa’s neighboring city) close behind.[3]

After mastering creed (ʽaqīdah) and rational theology (ʽilm al-kalām)[4], Abū Ḥanīfa took to studying fiqh under Ḥammād b. Sulaymān. Ḥammād had grown up in Kūfa as a client of Ibrahīm b. Abī Mūsa al-Ashʽari, and took his fiqh from Ibrahīm al-Nakha’ī and al-Shaʽbi. They, in turn, took their fiqh from Shurayh, ʽAlqama b. Qays (d. 62AH/682CE) and Masruq b. al-Adjaʽ who were devoted students of the prominent companions, ʽAbdullah b. Masʽud and ʽAli b. Abi Talib; may Allah be pleased with them all. [5] Abū Ḥanīfa studied under Ḥammād for 18 years and, though he felt inclined at one point to leave his teacher to form his own circle, he stayed with Ḥammād until his death at which point Abū Ḥanīfa inherited the leadership of his teacher’s circle.[6] Abū Ḥanīfa was in his forties at this time.

Though Ḥammād b. Sulaymān undoubtedly had a significant effect upon his fiqh[7], Abū Ḥanīfa had also studied under an impressive number of scholars; many of whom were students of Companions (tabiʽīn). It is reported that Abū Ḥanīfa said, “I learned the fiqh of ʽUmar, the fiqh of Ali, the fiqh of ‘Abdullah b. Mas’ūd, and the fiqh of Ibn ‘Abbās from their companions (i.e. the tabiʽīn).”[8] However, there is disagreement over whether Abū Ḥanīfa himself was a successor to the Companions (tabiʽi; singular form of tabiʽīn). This relies primarily upon how strict one wants to be in their definition of “successor/student of a companion”. While it is known that Abū Ḥanīfa did meet some companions in his youth, it does not appear to have been at a time in his life when he was dedicated to learning. Nevertheless, many hadiths have been compiled by later scholars which do show Abū Ḥanīfa linked to a Companion with no intermediary inbetween  in the chain oh transmission; suggesting that he took the hadith directly from the Companion.  If these chains are authentically narrated, this would suggest that while still young the words of the Companions and their statements about the Prophet ﷺ were still impressionable upon Abū Ḥanīfa’s young heart.

However, most of the esteemed Imam’s learning took place in Kūfa and during his travels to Mecca and Medina where he sat with eminent (and sometimes controversial) scholars from whom he would study particular disciplines, relate hadiths, debate over fiqh and study their methods.[9] It has been reported that Abū Ḥanīfa even studied with members of the Prophet’s ﷺ family, including Zayd b. ʽAli Zayn al-Abidīn,  Jaʽfar as-Ṣādiq and ʽAbdullah b. Ḥaṣan.[1o] Of Jaʽfar, Abū Ḥanīfa is reported to have said, “By Allah, I have not seen anyone with more fiqh than Jaʽfar b. Muḥammad.”[11] This is an amazing testament since Abū Ḥanīfa and Jaʽfar were relatively similar in age.

Abū Ḥanīfa’s circle was only one of several scholastic circles that met in second century Kūfa (AH). Other eminent scholars of the time, like Ibn Abī Laylā, the famous hadith scholar Sufyān al-Thawrī and al-Ḥasan b. Ṣāliḥ b. Ḥayy (d. 167AH/783CE), also had a following of students.[13]

During his lifetime his scholarship and fame spread far and wide and captured the attention of the Umayyad caliphs who, possibly seeking to exploit his fame and force his allegiance [14] repeatedly offered him the position of Qāḍi (judge) of Kūfa; but he refused despite being physically beaten by the governor of Kūfa, Yazīd b. ‘Umar. During the ‘Abbāsid caliphate he was similarly offered a royal appointment and again refused which resulted in his imprisonment in Baghdad by the Caliph Abū Ja‘far al-Manṣūr (reigned 136-158AH/754-775CE).

Abū Ḥanīfa remained imprisoned until his death in 150AH/767CE, but he left behind him some of the greatest scholars who would later help consolidate his school…

To be continued, God-willing.

[2] Likewise, due to the religious diversity and debate present in Kūfa, the city also gave birth to the first written composition on Sunni Creed, al-Fiqh al-Akbār, attributed to Abū Ḥanīfa.

[4] It is interesting to note that he studied first theology since the Muslim community at the time, and in particular Kūfa and Basra, were riddled with competing dogmas. Several small theological works have been attributed to Abū Ḥanīfa, and forms the basis of the well-known creed Aqīdah al-Ṭaḥawiyya.

[6] It is related from Zafār that Abū Ḥanīfa said about his connection to his shaykh Hammād, “I accompanied him for ten years and then my self urged me to seek leadership and I wanted to withdraw and have my own circle. One day I went out in the evening resolved to do so but when I entered the mosque, I saw that I not be happy to withdraw from him and went and sat with him. That night Ḥammād heard that a relative of his in Basra had died leaving property and had no other heir but him. He told me to sit in his place while he was away. I replied to questions I had not heard answered by him and wrote down my replies. When he returned I showed him the questions – there were about sixty of them. He agreed with me on forty and disagreed on twenty. I decided not to leave him until he or I died and that was what I did.” Ibid., 132.

[9] It has been reported that Abū Ḥanīfa studied with some of the Kaysaniyya who believed in the return of a hidden mahdi. Speaking of one of his teachers [of which group it does not specify] Abū Ḥanīfa is reported to have said: “Jabir al-Juʽfi is corrupted by the erroneous view which he espoused, But in his subject I found no one greater in Kūfa” It is not known which subject he studied under this “erroneous” scholar, however it is likely to have been deduction, or logical matters. Abū Zahrah, 133, 171.

[13] During the Umayyad dynasty Abū Ḥanīfa is reported to have said in reply to the offering of the position of Qāḍi, “if you were to ask me to count the number of doors of the city I would refuse even that.” He may have been a little more accepting of the ‘Abbāsid caliphate for when they too offered him the position of Qāḍi he replied, “if you like, I will count your bricks.” See Dr. Umar F. Abd-Allah’s The Principle Imams and Their Schools.