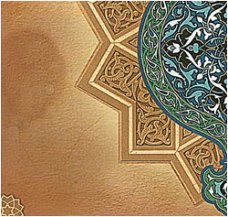 One day Waki’ b. al-Jarrah,  a prominent hadith scholar of the time, cited a ruling given by Abū Ḥanīfa when someone remarked that Abū Ḥanīfa had committed an error. “How could Abū Ḥanīfa commit an error,” Waki’ replied. “He had eminent men to assist him – in analogy Abū Yūsuf and Zafar [b. al-Hudhayl]; in hadith Yaḥya b. Zaʽidah, Hafs b. Ghiyath, Habban and Mundal; in lexicography and the Arabic language Qasim b. Ma’n; in devotion and piety Dawūd al-Ta’i and Fadl b. ʽIyād. How could one with such men at his side commit an error? Even if he were going to commit one, would these men let him do so?”

In the city of Kūfa, Abū Ḥanīfa had surrounded himself by some forty scholars–some of whom were considered mujtahīds (independent legal jurists) in their own right. They debated issues of fiqh and were free to agree or disagree with the Imam’s legal judgments. Yet, it appears through reported statements and their later writings that they often accepted Abū Ḥanīfa’s judgments. In fact, after his death they still held his rulings with great esteem and maintained that he was a prominent, if not the most prominent, legal authority of their time. Many of his students later went on to become respected scholars of not only fiqh but also hadith; some specializing in Asma’ al-Rijāl, the study of hadith narrators.

That such a prominent scholar of hadith as Waki’, considered by many to have been the greatest master in this science of his time and one of the famed teachers of Aḥmad b. Hanbal[1], would have so much faith in Abū Ḥanīfa should itself be enough of an evidence that all allegations that early Ḥanafī thought, and Kūfa (where the Imam held his circle), had any bias against the use of hadiths (or had a severely limited access to them) should be dismissed. And, this proposition can only further be supported by the hadith expertise of two of his greatest students whose writings form the foundation of the Ḥanafī Madhhāb today: Abū Yūsuf  and Muḥammad b. al-Ḥaṣan al-Shaybānī.

Abū Yūsuf Yaqub b. Ibrahim b. Habib al-Ansari was born in Kūfa to a poor Arab family.[2] Despite financial difficulties he still managed to find some time to study and whenever he could he devoted his time to the sciences of hadith. Originally he was a student of Ibn Abī Layla and studied with him for nine years until a disagreement with him led Abū Yusuf to seek the counsel of Abū Ḥanīfa. Pleased with Abū Ḥanīfa’s response, Abū Yūsuf became one of his most dedicated students. [3] However, Abū Yusuf’s poverty made it difficult to both study and earn a living, so Abū Ḥanīfa helped him financially.

After Abū Ḥanīfa’s death, and a short period of study under Mālik b. Anas, Abū Yūsuf was appointed Chief Justice; first under al-Mahdi (775-785CE), then al-Hadi (785-786CE), and again under al-Rashīd (786-809CE).[4] As Chief Justice, Abū Yūsuf was in the position to appoint judges for various cities; all of whom (that he appointed) were followers of Abū Ḥanīfa. His appointments were not always well-received by the cities inhabitants, who, like any other

city, wanted judges to reflect their own school of legal thought. His position of Chief Justice, nonetheless, was instrumental in spreading Ḥanafī thought and its overall survival. He had received his appointment at a time when the ‘Abbāsid Empire was undergoing a process of centralization, which included a movement toward a more unified legal system.[5] Once the students of Abū Ḥanīfa gained the support of the authorities, a way was opened for them to increase their influence.[6]

Though he was the strongest of the students of Abū Ḥanīfa in hadith, his appointment as Chief Justice (or more particularly, due to his accepting a position within the ‘Abbāsid government), coupled with the fact that he was one of the Ahl Raʽy, was a cause for some of the Ahl al-Ḥadīth scholars to dismiss his hadith narrations. [7] This is not, however, a dismissal of his scholarship. At this time hadith scholars had very strict, yet varying conditions for who they would accept narrations from. Although some dismissed his narrations, other authorities on hadith cited him as “trustworthy”.

Despite his love and respect for Abū Ḥanīfa, Abū Yūsuf was not a ‘blind follower’. He felt free to disagree with his teacher’s verdicts when he saw the need to which is evident in his own works and the works of Muḥammad b. al-Ḥaṣan al-Shaybānī (discussed in a later article, God-willing).

Interestingly Abū Ḥanīfa’s legal rulings must have already held a special status among the ‘Abbāsids since Abū Yūsuf mentioned his rationale whenever his judgment differed with his teacher (as evidenced in his Kitab al-Kharaj). Whether he listed his rationale out of esteem for his teacher, or if the ‘Abbāsid’s had asked that he follow Abū Ḥanīfa’s rulings, is unclear. Nevertheless, we can safely assume that wherever he does not mention a difference of opinion with his teacher, he is stating his agreement with the verdict of Abū Ḥanīfa.[8]

Ever since the Prophet’s ﷺ passing religious leadership fell into the hands of the scholars of the community. Their contribution, especially in the early years, was to help later generations understand the correct methodological approaches to interpreting, and applying, the Qur’an and Hadith literature. There were different methodological approaches and arguments that were offered by the scholars of the time and debated in the gatherings of the salaf. For example: How can we tell if a statement of the Prophet ﷺ is to be applied generally, or specific for a person or condition? What about hadiths whose chain of narration (isnad) jumps from a tabiʽi (successor/student of a Companion) to the Prophet ﷺ without mentioning the Companion in-between? What is the proper way to perform ijtihad, and what are legitimate analytical tools that the mujtahid should take into consideration? All of this and more was discussed by our pious predecessors.

It is one of the beautiful aspects of our religious tradition that their differences in opinion were accepted, each being raised by an esteemed scholar of our tradition. One did not necessarily force another to abide by their understanding (or that of their teachers). The scholars actually had immense respect for each other and as time went on their different opinions (and those of their students) were codified in the varying schools of Sunni Islam.

To be continued, God-willing.

[1] Aḥmad b. Hanbal used to say of him, whenever he narrated on his authority, that “This hadith was transmitted to me by one whose equal you have not seen.”

[3] As-Sarakhshi says about Abū Yūsuf’s move: “Abū Yūsuf used to at first go to Ibn Abī Layla and studied with him for nine years. Then he moved to the gathering of Abū Ḥanīfa. It is said that the reason Abū Yūsuf moved was that he attended a marriage contract and sweets were distributed. Abū Yūsuf had some and Ibn Abī Layla disliked that and spoke harshly to him, saying, ‘Do you not know that this is not lawful?’ So Abū Yūsuf went to Abū Ḥanīfa and asked him about that and he said, ‘There is nothing wrong with it. We have heard that the Messenger of Allah was with his companions at the marriage contract of an Ansari and dates were distributed and the Prophet began to pick them up and tell his companions, “Take”. We also heard that during the Farewell Hajj when the Messenger of Allah sacrificed a hundred camels, he ordered that a piece of each camel be kept for him.’ When the disparity between the two was clear, Abū Yūsuf moved to Abū Hanīfa[‘s circle].” Abū Zahrah, 234.